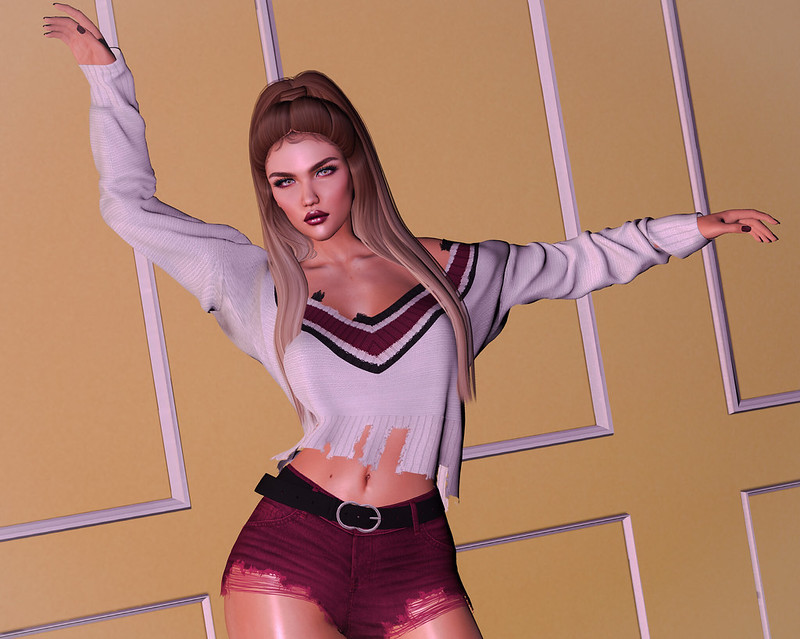 I’m so excited because I was recently invited to blog for Addams brand. I’ve always admired the quality and detail of their clothing pieces. The outfit featured in this post is the Trisha ripped sweater and shorts combo available at the Addam’s Mainstore.

The skin is a new release from Belleza named Riley for the Summerfest Event that opened yesterday. The Milana hair from Opale can be found at the Tres Chic event.

i never wanted to be your weekend lover