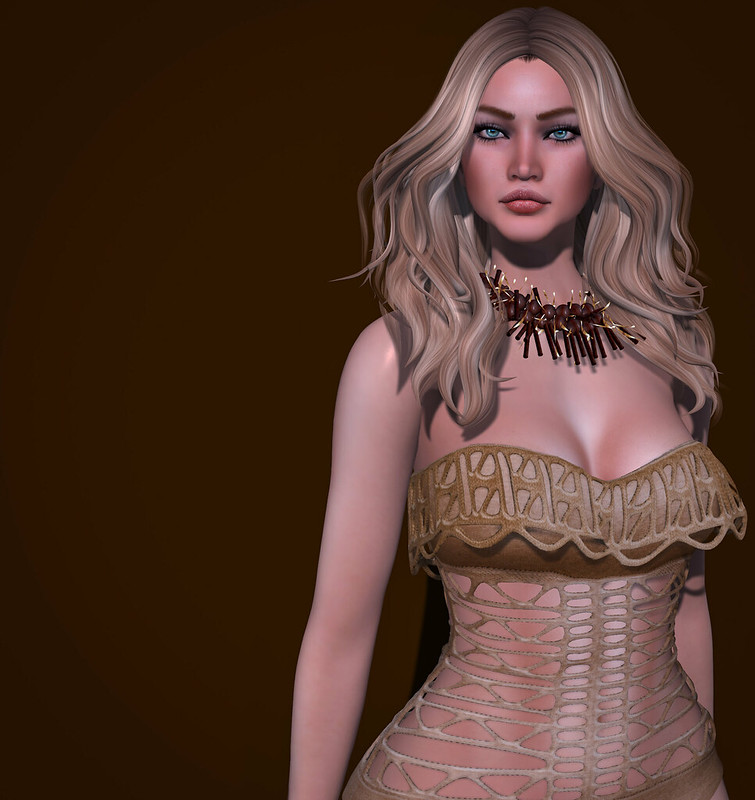 Altamura is releasing a new bento head for the Mesh Body Addicts fair named Mia. She’s very pretty and shown here with the skin included in all Altamura heads. I’ll be featuring the head this week with other skin appliers, and this shape will be released on my marketplace soon.

Also in this photo is another release from Canimal for this round of Uber. The body suit has a crazy amount of detail in the cutouts. I just love it.